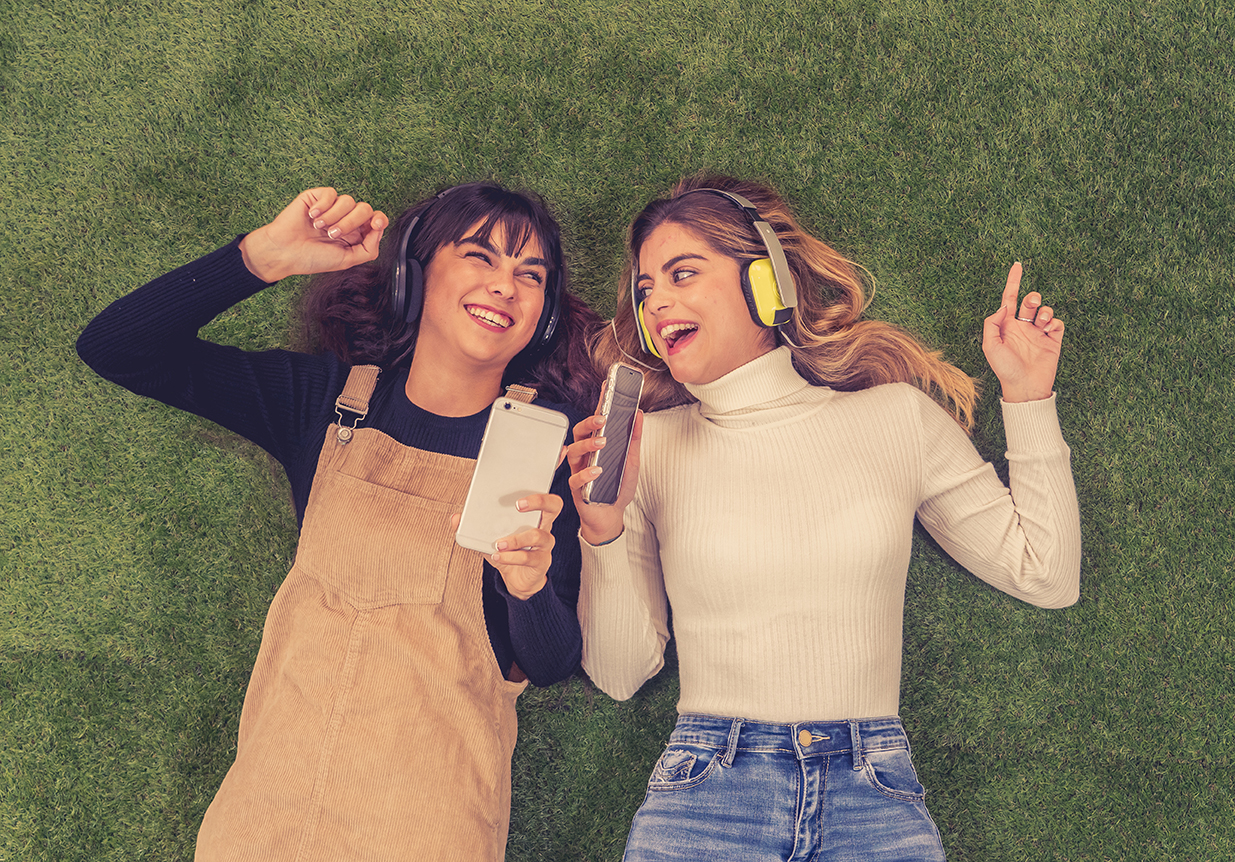 This is the second part of a five-part series on friendship in autism during the teen years, a new and original series of articles written by Prof Tony Attwood. In the first part of the series last week Tony described the differences between neurotypical and autistic friendship. In this article, the nuances of female autistic friendships are presented. Next week, certain friendship styles that tend to work in autism are described. Strategies are presented in the last two articles, firstly strategies for parents and then resources and programmes for teachers and therapists. We hope you find the series enlightening, and helpful for understanding and assisting the autistic adolescents you know and love to find and maintain friends.

The challenges in developing friendships for autistic adolescents described in the previous article last week can be applicable to both autistic boys and girls. However, we are increasingly recognising how autistic girls may have a different way of adapting to their autism in making friends. At some stage during the primary or elementary school years, an autistic girl will start to recognise she is different to her peers in terms of social abilities, interests, and sensory sensitivity. She may then develop compensatory and camouflaging strategies to make and keep friends.

The autistic girl may not understand or feel comfortable engaging in the complex friendship dynamics of other girls that includes gossip, relational bullying, judgements and ‘white lies’. In contrast, typical boys’ social interactions are much simpler, and the autistic girl may share their interests in sports, science, computer games, construction toys, logic and adventure. The autistic girl becomes a tom boy, a compensatory mechanism for autism which can continue into the adolescent years as she does not share her gender peers’ interest in fashion, or romantic feelings towards popular male heroes.

Another strategy is to acquire social inclusion with female peers by observation of peer social interactions, analysing their behaviour, seeking social rules and conventions and imitation of the gestures, speech, persona, and interests of a socially successful girls. She creates a social ‘mask’ and becomes an expert mimic. As a teenage girls said “Why go to all the effort of figuring out what normal is when you can just copy it”

When acting with friends she is briefly ‘cured’ of autism but there is only a surface sociability and a lack of social identity and socialising with peers can be a source of performance anxiety, cognitive and emotional exhaustion, and depression. The characteristics of autism are supressed at High School, so social difficulties are not noticed by teachers, but the supressed stress can be released at home. She becomes a chameleon or Jekyll and Hyde character.

Camouflaging autism to acquire social acceptance and inclusion with peers may delay the identification of two of the central characteristics of autism, namely social and emotional reciprocity and using non-verbal communication. She is able to mimic appropriate social gestures, facial expressions and female prosody but she is an accomplished actor who has learned the script and plot of the social play of her peers.  A teenage autistic girl said, “I have done such a great job at pretending to be normal that nobody really believes I have autism.”

An autistic teenage girl can be overly sensitive to conflict between her female friends and take on the role of peacemaker. In a friendship group there can be several contradictory opinions and egos and an autistic adolescent will have difficulty processing several conversations and feel uncomfortable being watched by several peers. An autistic teenage girl may prefer single close friendships, but have difficulty determining who would be an appropriate choice for a friend.

When a single friendship occurs, there can be concerns with the degree of intensity of engagement with one person. The autistic teenage girl can be overly controlling, and possessive and the one female friend becomes the sole focus of their social lives. This interpersonal dynamic may shorten the duration of the friendship which is broken by the neurotypical friend. The friendship may also be broken by the autistic teenager who has a rigid conceptualization of what a friend should do and say. There is a limited ability to understand an alternative perspective and manage disagreements and conflict with re-appraisal, compromise, and forgiveness. There is total rejection of the relationship without considering relationship repair mechanisms.

During earlier childhood, observing and analysing the interests and conversation of female peers can lead to a recognition of what is required to be conventionally female and to demonstrate those attributes. This can include fashion such as pink and frilly clothes, interests such as Barbie dolls and films and tv shows popular with peers. As the interests of female adolescent peers evolve, there is a determination to continue to copy the ‘currency’ of female friends. However, during adolescence, there may be a recognition that they do not feel a genuine group member of the friendship group, they are exhausted after socializing with peers and spend considerable time engaged in a social ‘autopsy’ analysing their social abilities and fearing being discovered as a fake. Social invitations can diminish and there is the realization that this strategy may never work with a continuing feeling of alienation from peers and not being true to the real self. The ‘pendulum’ can then swing the other way, despising femininity and defying social and gender conventions. There is a determination to join marginalised peers who are less judgemental and more accepting of someone who is ‘eccentric’.