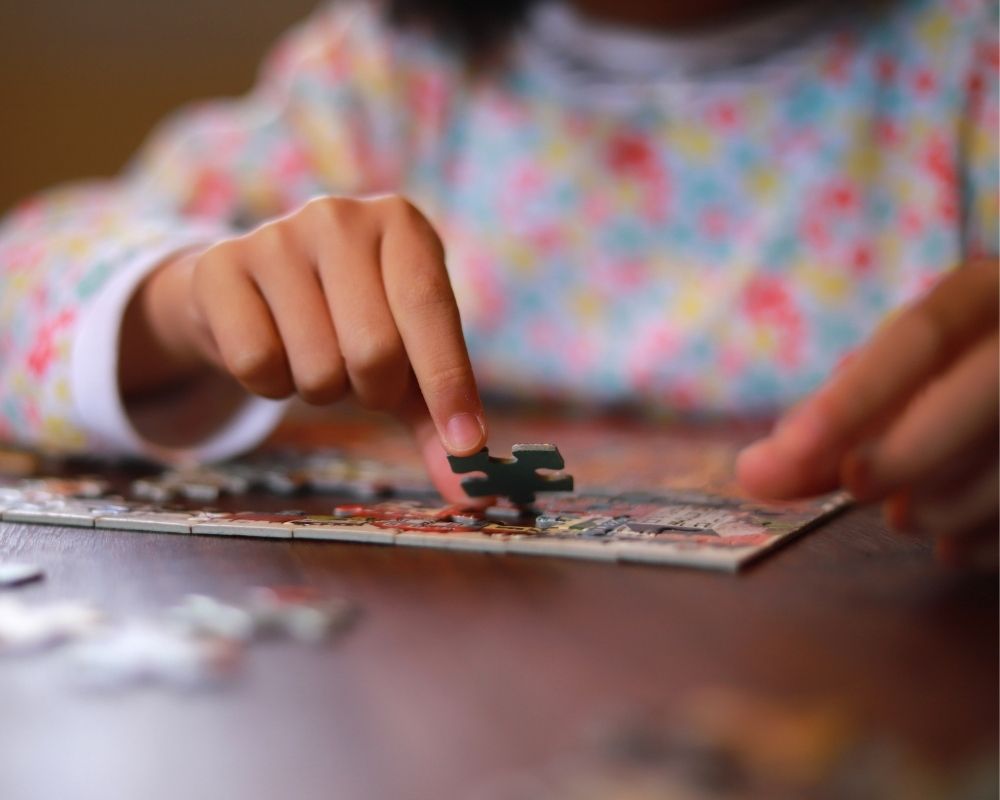 The term nonverbal autism is used to describe an autistic child or adult who has little or no spoken language. However, does that imply the person is also intellectually disabled? When the cognitive abilities of nonverbal autistic children are assessed on standardised assessment scales such as the Wechsler Intelligence Scale for Children (WISC-IV) there can be great difficulty ensuring the child understands the instructions and has the attention span and motivation to complete the test items.  This can result in an assumption the child’s cognitive abilities are untestable, or they are clearly severely intellectually disabled. This contrasts with the experience of parents and teachers who have sometimes been astounded by the nonverbal autistic child’s ability to complete complex puzzles.

A recent research study explored the cognitive abilities of six- to twelve-year-old nonverbal autistic using the WISC-IV and three standardised assessments of visual intelligence (Courchesne et al. 2015). The 30 nonverbal autistic children who participated in the study attended two special schools in Montreal, Canada and their intellectual abilities were assessed using the five WISC-IV subtests that do not require a verbal response. The subtests were block design, matrix reasoning, picture concepts, coding, and symbol search. None of the 30 autistic children could complete all five subtests with only six completing any of the five subtests of the WISC-IV. All the autistic participants would be considered as intellectually disabled according to their response to the WISC-IV.

The RCPM is a test of general and fluid intelligence. The researchers chose the board or ‘puzzle’ form given the age of the children in the study. The board form is a one-format 36 item test divided into three sets of 12 items which increases in difficulty and complexity within and across sets. Each item is composed of a pattern or two-by-two matrix with the last piece missing, leaving an empty hole or space in the board. There are six movable pieces underneath, among which the one that best completes the matrix must be chosen to fill the empty space. All three cognitive assessments minimize or eliminate the need for spoken instructions and for pointing and are better suited to measure autistic cognition that can include a talent for identifying patterns.

The administration of the three assessments were observed by each child’s teacher who anticipated that the child’s attention and performance would be dependent on reinforcers as used in their education programmes. However, the nonverbal autistic children often ignored or refused reinforcers while being tested. There was an intrinsic motivation to solve the puzzle.

Although none of the 30 nonverbal autistic children could complete the five WISC-IV subtests, 26 (87%) could complete the RCPM. Their scores ranged from the 2nd percentile to the 90th. Seventeen (65%) of the 26 children with RCPM scores performed in the normal range of intellectual ability, as measured by the RCPM, and eight autistic children performed at or above the 50th percentile and three (10%) were at the 90th percentile.

There can be an automatic assumption that lack of speech in an autistic child means that they are also intellectually impaired. The result is that the child or adolescent can be under stimulated, leading to anger, frustration and/or depression. As the above study shows, and certainly in our clinical experience, many children with nonverbal autism have at least average intellectual abilities.

If you are interested in further exploring the intelligence of your nonverbal autistic child, student, or client, for the purpose of better supporting them, consider using the Raven’s Colored Progressive Matrices. A psychologist with knowledge of autism can administer the test. Understanding their intellect will assist in goal setting and programme planning.

If you are interested in learning more about nonverbal autism to better understand and support your you nonverbal autistic child, student, or client, we are presenting a full day workshop live. The recording will be available to you for 60 days after the event. Click here to find out more.